This past Sunday, I set out on an adventure to go see the total solar eclipse along with my kids and a friend, Scott Sutter. And while we had a successful trip, driving 24 hours over 2.5 days, we did hit a few speed bumps along the way.

You see, on August 10th, I finally chose Fairmont, NE as the city we’d watch from and booked a hotel about 2.5 hours away in McPherson, KS. McPherson and Salina were the closest cities I could find reasonably priced hotels. I remember seeing a Motel 6 in Fairmont going for $1,000+…

From, August 11th to August 18th (or so), I kept checking the weather, and it seemed to actually get better. So, I relaxed a bit and mentally prepared to take the kids on a road trip without my wife.

On August 19th though, Colt West pinged me to let me know the weather was going to be bad in Fairmont, NE on the day of the solar eclipse. Sure enough, when I looked at it, the weather predicted very cloudy conditions and high chances of severe thunderstorm.

Needless to say, our chances of seeing the solar eclipse at this point weren’t very great.

A bit of weather couldn’t stop us

But, since we were planning on heading out at 7 AM the next morning, I immediately started to look into other options.

Thanks to Colt West’s help, we figured that somewhere in the Tennessee valley would be the best option for seeing the total solar eclipse. But, remember how that Motel 6 was $1,000+ 9 days prior? How the hell was I going to find a hotel in or near Tennessee that would be reasonable?!

Thankfully, Colt also suggested Jonesboro, AR as a stopping point, where I was able to find a Best Western for ~$120.

This let us stick with the same plan to leave at 7 AM on August 20th. But, then we were left with one more issue. 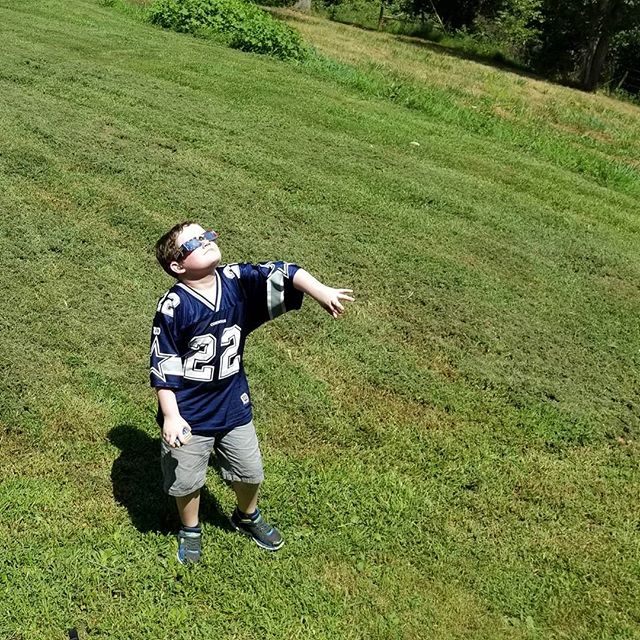 Where the heck do we park and view?

After stopping in Jonesboro, AR, we still weren’t 100% sure where we were going to go. We had a good idea that we’d go to Carbondale, MO, but realistically, it all depended on the weather and whether we could find a good place to actually view the solar eclipse.

At some point, we decided that Hopkinsville would be a good spot for weather conditions, so I set upon finding us a place to view. After a short visit to the city’s website, I saw that all public viewing areas had been reserved. Where the heck were we supposed to go then? Surely, larger cities like Nashville, TN would also have similar issues, right?

It wasn’t until I visited Hopkinsville’s Facebook page that it clicked. There was a family with private property that was allowing people to park and view for just $20. One call later, and we had a spot reserved for us in Crofton, KY, about 12 miles north of Hopkinsville and a bit out of the way so we were able to miss much of the traffic!

Since we were still in Jonesboro, AR on the morning of August 21st, we had roughly a 4 hour drive to get to Crofton, KY, which meant we needed to leave by about 5 AM to allow plenty of time for traffic and stops.

24 Hours for one picture

After all was said and done, we ended up driving nearly 24 hours, 12 hours each way, to see an eclipse for 2.5 minutes, and it was totally worth it! Here’s the picture that I was able to get with my Sony a6000 with 55-210mm lens and a 1.7x teleconverter from Olympus.

← A watermelon-eating dog
→ How to install Unison 2.48 on Ubuntu