In anticipation for .blog domains going live on November 21st, I’ve been thinking about changing the look of this blog.

After stumbling upon the Ecto theme last week, I knew what I wanted the site to look like. Unfortunately, that theme has been retired on the WordPress.com themes list. I was lucky enough to grab a copy before it was retired though. 🙂

By default, the sidebar is hidden in Ecto until a user clicks a button. While this does help a website stay “clean”, I’m not a big fan in hiding the menu behind a click. So, I decided to show the sidebar for screens wider than 1200px. 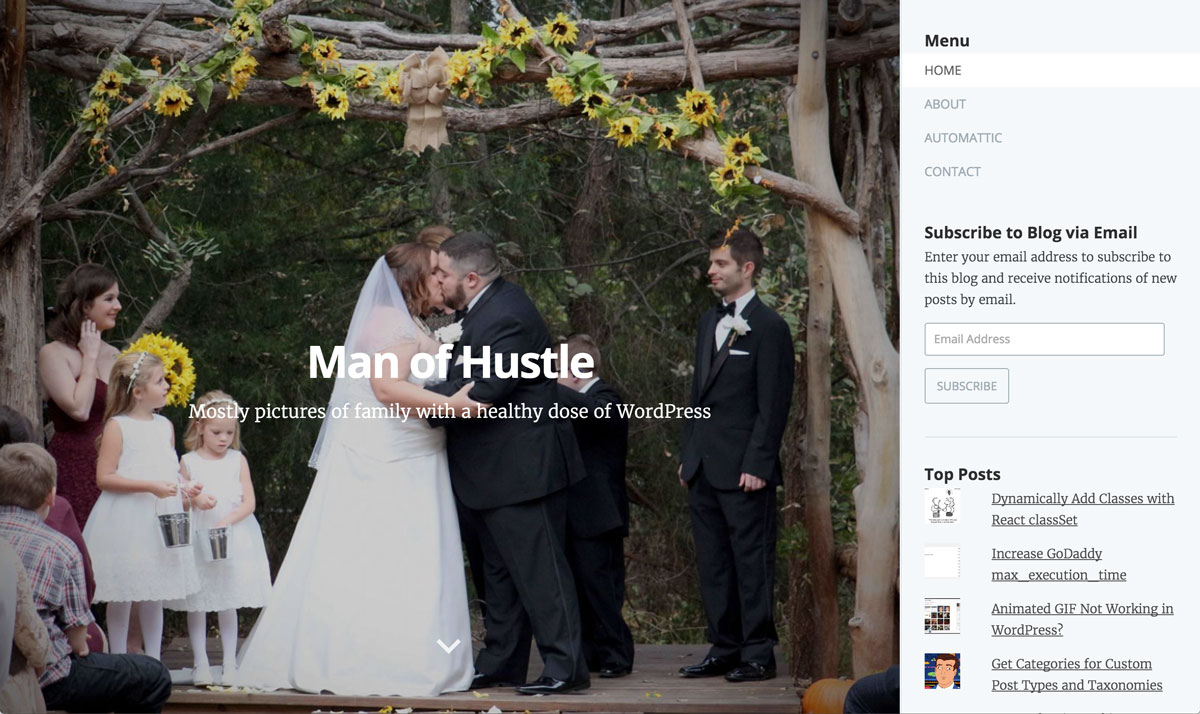 I did that with this CSS:

That actually turned out to be a much simpler task than I thought it’d be. I’m sure I’ll figure out that I’ve missed something here in the near future. ¯_(ツ)_/¯

The next thing I did was not to show featured images in the archive view. Since most of my posts are images that are imported from Instagram, it didn’t make sense to show the image above the title and then show it again in the content.

Compare to the old

My previous site was a modification of the TwentySixteen theme. While I was a fan of its simplicity, I was ready for something different.

← Scott Belsky on Crafting The First Mile of Product | Design.blog
→ Testing my site in Hebrew and #internetexplorer. Didn’t take long to find a bug. ?